The Oil Ministry has initialed a contract with Stroytransgaz – a target of U.S. sanctions on Russia – for exploration and development in Anbar province. The deal awaits final Cabinet approval. 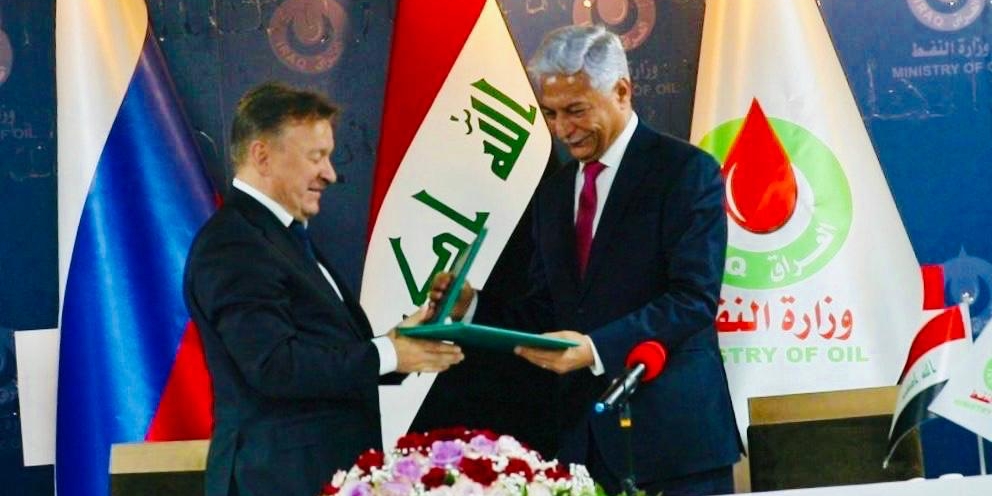 Abdul Mahdy al-Ameedi (right) and an unnamed Stroytransgaz official at the initialing of a deal for exploring and developing Block 17 in Anbar province, at the Oil Ministry in Baghdad on Sept. 4, 2019. (Source: Oil Ministry media office)
By Ben Van Heuvelen and Samya Kullab of Iraq Oil Report
Published Thursday, September 5th, 2019

Iraq's Oil Ministry has initialed a contract for oil and gas exploration in Anbar province with Stroytransgaz, a Russian company that has been targeted by U.S. sanctions.

"The ministry has sent the contract to the [Cabinet's] Ministerial Council on Energy to be approved, so we can proceed to sign the final contract and start the exploration, development, and production operations at the site," said Abdul Mahdy al-Ameedi, the director general of the Oil Ministry's Petroleum Contracts and Licensing Directorate (PCLD), in a statement released after a signing ceremony in Baghdad on Wednesday.