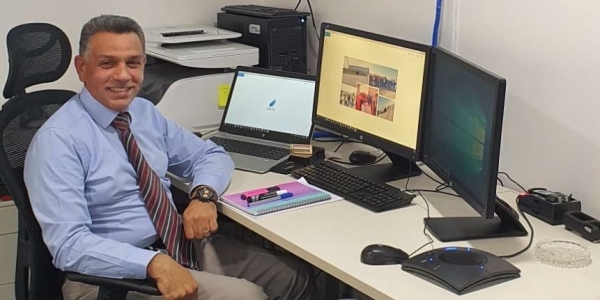 Now that Shell personnel have returned, BGC is focused on resuming delayed projects to turn more flared gas into electricity and revenue for Iraq.

The company responsible for distributing much of Iraq's fuel is taking new precautions during the pandemic but operating without interruption.

As the Oil Ministry seeks cost savings and production cuts in response to crashing oil prices, drilling programs are being cut – battering the business of Iraq's state-run drilling company.

A top Basra oil leader reveals which fields are being cut under the new OPEC-plus deal and discusses how Iraq's financial squeeze is affecting BOC projects and planning.

The World Health Organization's representative in Iraq discusses how the country got ahead of the coronavirus and what needs still remain.

Insurgents and gangs continue to fill a security vacuum in Iraq’s disputed territories, as talks between federal and Kurdish forces have been derailed by the political impacts of the Soleimani assassination.

The person tapped to lead Iraq's next government digs into the energy sector details of the plan he submitted to Parliament, ahead of a vote on his Cabinet.

In the midst of an unpredictable protest movement, Iraq's oil sector has avoided output disruptions and plans are on track for developing new production and export capacity.

Iraq's second-largest city is rebuilding, neighborhood by neighborhood, despite an uncertain trickle of government funding and fluctuations in political leadership.