UPDATE: Oil minister steps down ahead of Cabinet shake-up

Adil Abd al-Mahdi has left the Oil Ministry and ceded authority to his deputy, as Baghdad braces for PM Abadi's Cabinet overhaul. 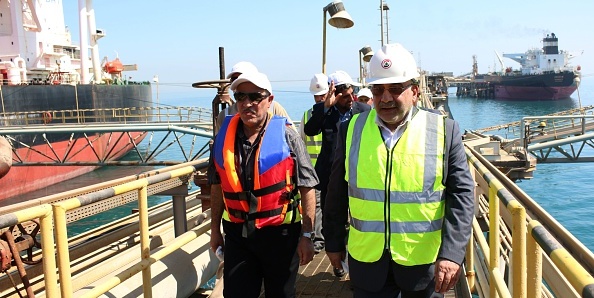 Iraqi Oil Minister Adil Abd al-Mahdi has submitted his resignation and named one of his deputies, Fayadh Nema, to essentially function as an interim minister.

"I have granted you all powers, except those exclusively given [to the minister]," Abd al-Mahdi wrote in a public letter addressed to Nema, dated March 24. "I have decided to stop coming to the ministry, and to cancel all appointments and official activities."