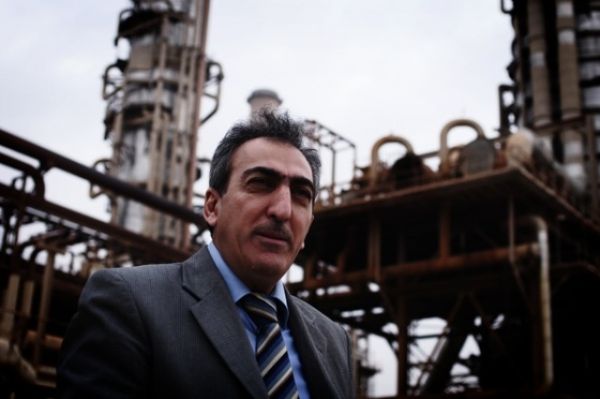 Ali al-Obaidi at the Beiji refinery in February 2010. On Saturday he resigned from his post and will likely leave the country. (AYMAN OGHANNA/Iraq Oil Report)
Ben Lando of Iraq Oil Report

KIRKUK, IRAQ - Ali al-Obaidi was credited for squeezing out smugglers and thieves from Iraq's largest refinery, but he couldn't escape the consequence: being targeted by the criminals, including al-Qaida, who profited from the illicit trade he was squelching.

On Saturday, Obaidi resigned, according to Iraqi sources including within the North Oil Company and American officials, though the oil ministry press office couldn't confirm it, ending a long career in Iraq's oil sector that was capped by a three-year stint reducing corruption and increasing production at Beiji refinery, in northern Iraq’s Salahaddin province.