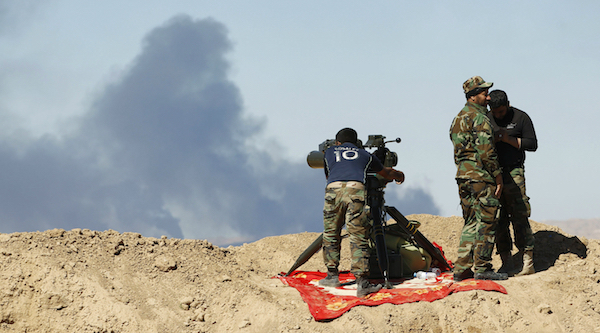 KALAR/KHANAQIN - Militants from the self-proclaimed Islamic State (IS) exchanged mortar fire with Iraqi forces guarding the Ajil oil field Tuesday - the latest indication that a renewed insurgency is threatening northern Iraq and its energy infrastructure.

Seven guerilla-style attacks have hit various parts of Kirkuk and Diyala provinces in less than a week, all in areas that have long been under nominal Iraqi government control. At least six people have been killed, five injured, and two abducted.