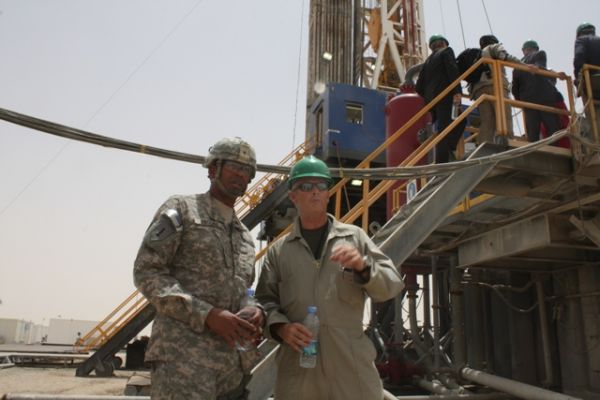 CONTINGENCY OPERATING BASE BASRA, IRAQ - Oil executives buzz in and out of this American base, the former British base connected to the Basra airport, some for meetings with officials, some staying the night – or longer.

The American mission in Basra, Iraq's oil capital, is perhaps unlike that of any U.S. outpost in the world: to ensure the world's largest oil companies have as few problems as possible as they start work on Iraqi oil contracts that could see the country become the largest producer ever.