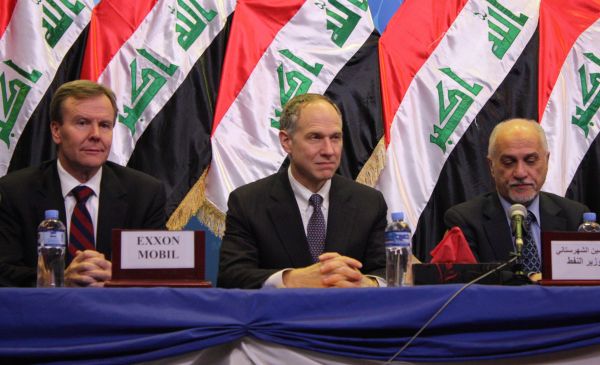 In political arenas where Bush administration benchmarks and the massive U.S. Embassy failed to force headway, another American icon – the world's most profitable company – has caused Iraqi decision makers to start confronting fundamental questions about the shape of not only the oil sector but also the state.