Two months into Turkey's new military offensive targeting PKK positions in Iraqi Kurdistan – and following the assassination of a Turkish diplomat in Erbil – a decades-old conflict is entering a volatile new phase. 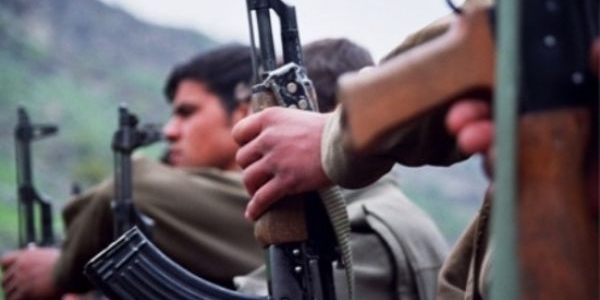 PKK fighters in the Qandil Mountains of northern Iraq. For decades, the PKK has been in armed conflict with the Turkish government over Kurdish rights and identity in Turkey. (DANIEL SMITH/Iraq Oil Report)
By Mohammed Hussein, Rawaz Tahir, Samya Kullab and Ben Van Heuvelen of Iraq Oil Report
Published Friday, July 26th, 2019

ERBIL/SULAIMANIYA - Turkey is expanding its military footprint in the autonomous Kurdistan region of Iraq as it pursues an intensifying campaign against the insurgent Kurdistan Workers’ Party (PKK) – a conflict that has become especially combustible after the recent assassination of a Turkish diplomat in Erbil.

The situation has the potential to drive a wedge between the autonomous Kurdistan Regional Government (KRG) and Ankara. Although Turkey is a key strategic ally, facilitating all of the KRG's oil exports, its decades-long war against the PKK is broadly unpopular among Kurds, which creates a political dilemma for the Kurdistan Democratic Party (KDP) of newly elected KRG Prime Minister Masrour Barzani.

"It is clear that [the KDP] is not neutral in the confrontation," said Haval Jamal, a top commander of the KCK, an umbrella organization for the PKK and its affiliates, in a phone interview. "We cannot accept this forever, and our self-control is limited."

The PKK has responded to escalating Turkish military activity by forming new affiliate organizations within Iraqi Kurdistan, in an effort to build political support among the KDP's rivals and turn the ruling party's alliance with Turkey into a greater political liability.

The situation has grown more tense after the July 17 assassination of Osman Kose, who was employed by the Turkish consulate in Erbil and is widely reported to have been an intelligence official working under diplomatic cover. According to CCTV footage purporting to show the incident, which has been widely circulated on social media, three men were directly involved in the attack.