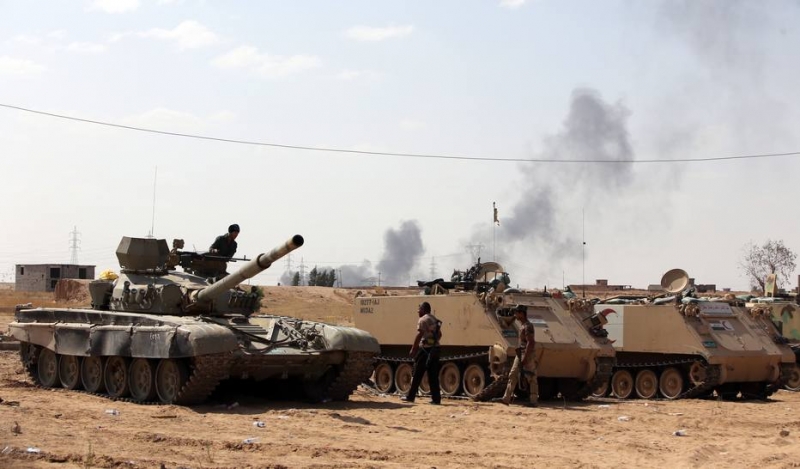 Iraqi army tanks get into position on the outskirts of the Baiji refinery during a joint operation between the army and popular mobilization units to retake the remaining area of the refinery from Islamic State (IS) militants, on May 24, 2015. (AHMAD AL-RUBAYE/AFP/Getty Images)
Staff of Iraq Oil Report

BAGHDAD - The Baiji refinery, which was once Iraq's single largest source of fuel, appears to have been almost entirely destroyed.

Militants from the so-called Islamic State (IS) group have detonated explosives and set fire to key infrastructure, including control rooms and processing units, as pro-government forces launched a fresh offensive over the weekend to regain control of the facility, Iraqi security and oil officials said.