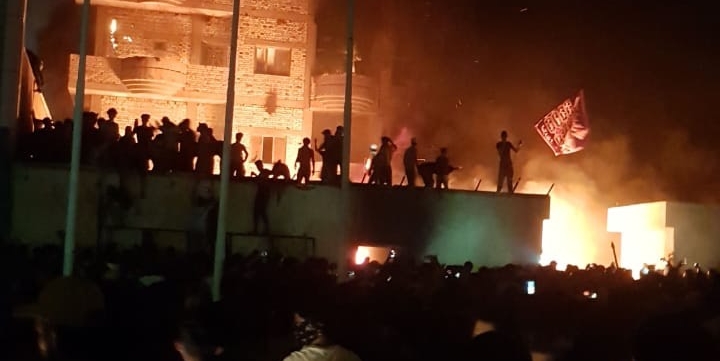 BASRA - Rioters burned down several buildings including those belonging to political parties in Basra on Thursday as protests continued to escalate into broader civil unrest, increasing the threat to the heart of Iraq's oil sector.