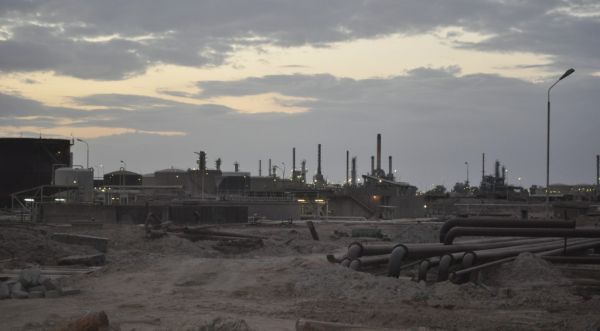 A view of the Beiji refinery, Iraq's largest. Early on Friday morning, at least one bomb destroyed pipelines feeding the facility - the third attack on the refinery in four months.
Ben Lando and Staff of Iraq Oil Report

BAGHDAD - At least one explosion damaged a gas pipeline feeding Iraq’s largest refinery on Friday morning, taking the facility off line — the third attack on the Beiji refinery in four months and the latest incident in an increasing campaign of sabotage against the oil sector.

It's not yet clear if the explosion was caused by bombs, but multiple government officials have characterized the incident as an attack.