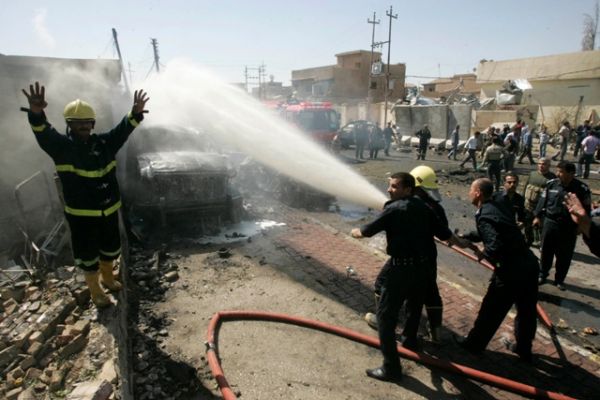 A firefighter calls for more water at the site of a bomb attack in Kirkuk, September 29, 2011. At least two people were killed and more than 60 wounded when a large bomb exploded outside a bank where police were collecting their salaries. (AKO RASHEED/Reuters)
Staff of Iraq Oil Report

KIRKUK — A parliamentary delegation made a fact-finding visit to Kirkuk after a recent escalation in terrorist attacks.