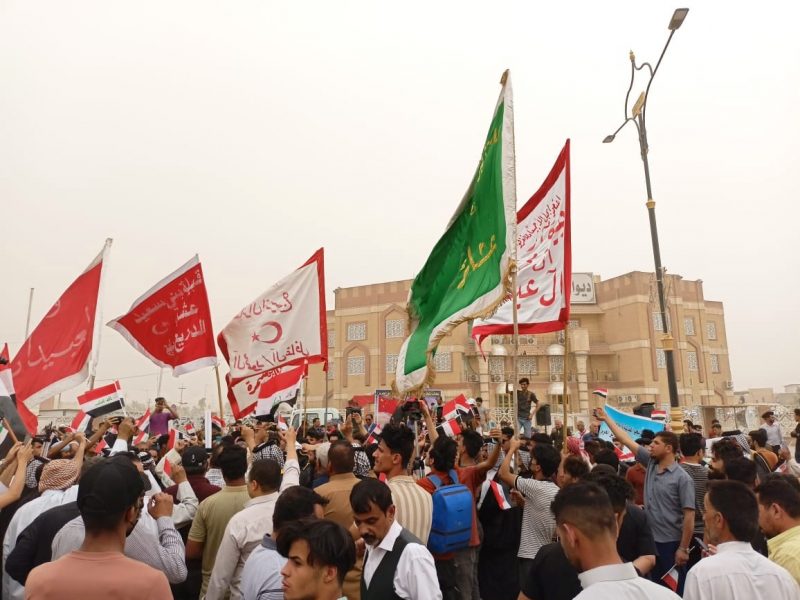 Demonstrators gather in front of the Dhi Qar governorate building on May 13, 2022, in a protest organized by the Popular Movement for the Silk Road in support of Chinese investment in the Great Port of Al-Fao project. (STAFF/Iraq Oil Report)
Staff of Iraq Oil Report

NASSIRIYA - China is poised to expand its strategic presence in Iraq, building on grassroots support in southern oil provinces and capitalizing on a convergence of interests with pro-Iran political parties.

Iraq is already an area of focus for China's Belt and Road Initiative. More than half of Iraq's oil production comes from fields where Chinese companies are operators or non-operating partners — an extensive footprint that caused the government of former Prime Minister Mustafa al-Kadhimi to limit new Chinese upstream investment in an effort to diversify its energy sector partners.

Now with the election of Mohammed Shia al-Sudani as Iraq's new prime minister, China is positioned to make new inroads.

One sign of China's influence — especially among many of the political parties backing Sudani — is an ostensibly grassroots Iraqi campaign called the Popular Movement for the Silk Road. For the past year, organizers have held rallies, conferences, and meetings from Karbala to Basra advocating for closer economic ties with China, shunning Western, South Korean and Saudi Arabian investment opportunities, and the review or cancellation of major contracts with western firms and competitors to Beijing.