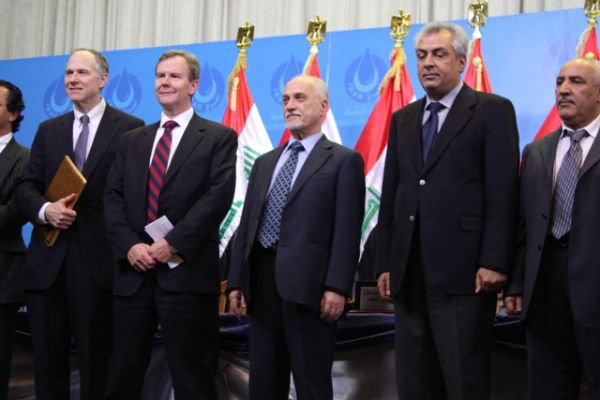 When Oil Minister Dr. Hussain al-Shahristani declared an increase of Iraq’s proven oil reserves to 143 billion barrels, he suggested that this jump was the product of modern IOC techniques to update reserve data, mostly in two oil fields: West Qurna and Zubair. This announcement raises many eyebrows, triggers questions and demands clarification.

Most technical studies do suggest Iraq could have proven reserves higher than the 115 billion barrels it had claimed since 2001. However, prominent experts have disagreed about both the total amount of oil in place (OIP) and the extractable percentage that should be counted as proven reserves. Iraq oil consultant Tariq Shafiq in 2008 estimated Iraq’s reserves to be 380 billion barrels, with additional probable/potential reserves. In April 2007, oil industry analysts at IHS estimated the largely unexplored western areas could contain an additional 100 billion barrels. The U.S. Geological Survey’s median estimate for additional oil reserves in Iraq is approximately 45 billion barrels. In August 2004, Iraq’s then-oil minister Thamir Ghadhban stated that Iraq had has much as 214 billion barrels more.