ExxonMobil maintains its no comment policy in the post-KRG deal era, though global supply forecast shows caution on Iraq. 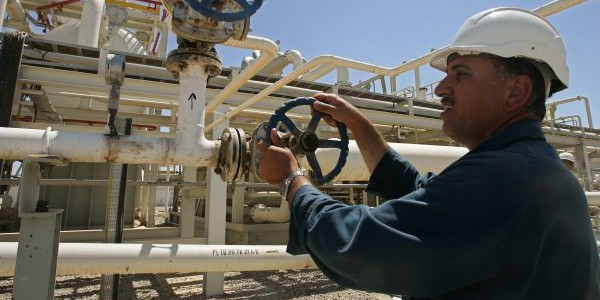 An employee works at the Tawke oil field, which is administered by the semi-autonomous Kurdistan region. (MUHANNAD FALA'AH/Getty Images)
By Ben Lando of Iraq Oil Report
Published Saturday, December 10th, 2011

WASHINGTON, D.C. - If Iraq achieves its stated production capacity targets of 13.5 million barrels per day in seven years, it will become the largest oil producer ever.

ExxonMobil isn't counting on it, according to its energy forecast through 2040, which was made public Thursday.