There is now a dispute over the intentions of ExxonMobil in Iraq, with the KRG discounting Baghdad's claims that the oil giant will put a hold on its production sharing contracts. 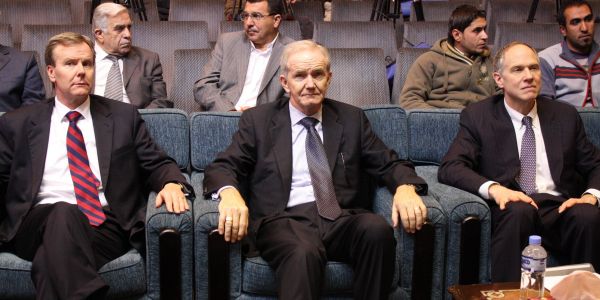 BAGHDAD - A top Kurdish official said ExxonMobil is moving forward with its contracts, contradicting a statement made by the Iraqi Oil Minister that the oil giant has agreed to freeze its work in the semi-autonomous northern region.

"All production sharing agreements signed with the KRG are progressing normally," said a KRG official close to its oil policy. "Companies are fulfilling their contractual obligations. It is business as usual, no interruptions, no freezes, despite claims to the contrary."