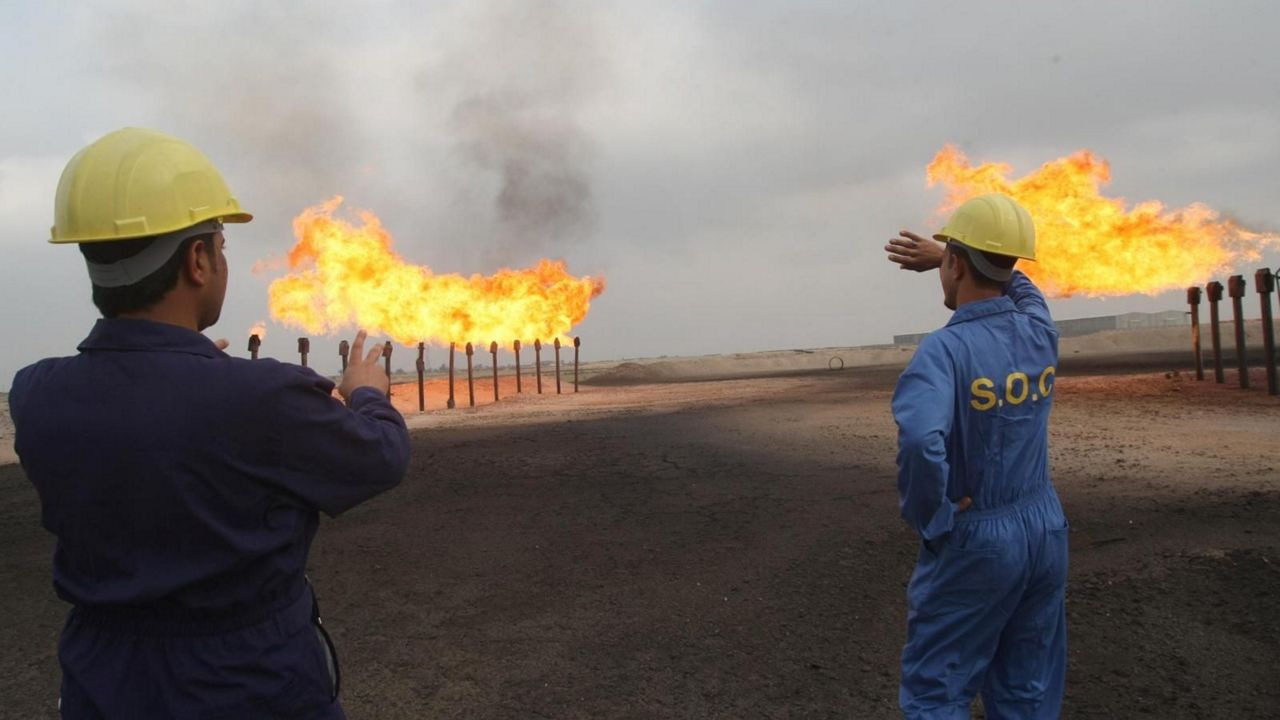 South Oil Company workers look toward the flares in the Zubair oil field on Jan. 21, 2010, the day before Eni, Occidental and Kogas signed the contract to develop the field. (ESSAM AL-SUDANI/AFP/Getty Images)
By Staff of Iraq Oil Report
Published Tuesday, December 22nd, 2020

Iraqi oil production increased by more than 100,000 barrels per day (bpd) in November, as the country moved another step away from compliance with its OPEC quota.

Nationwide crude output averaged 3.93 million barrels per day (bpd), according to an Iraq Oil Report analysis based on data gathered independently from each producing field, up from 3.82 million bpd in October and 3.68 million bpd in September.