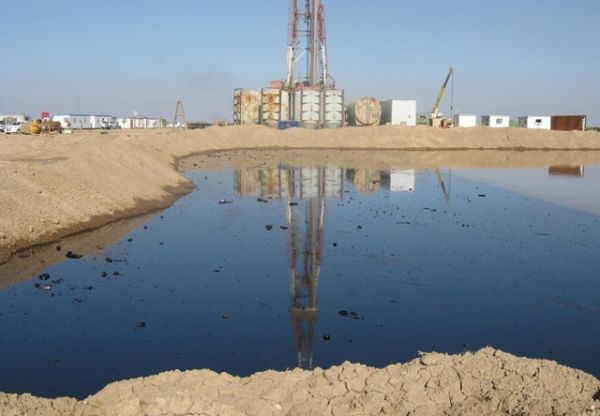 Picture taken on December 12, 2009 shows the digging of a new well at the Halfaya oil field near the southern city of Amara in Iraq's southern Missan province. (KARIM JAMIL/AFP/Getty Images)
Staff of Iraq Oil Report

AMARA, IRAQ - An angered farmer is awaiting a verdict in a nearly $2 million lawsuit claiming that the South Oil Company took over his land without just compensation, in an early test of whether – and how – the government will compensate Iraqis who are displaced or adversely affected by the oil-sector expansion.

Sheikh Sadoon Hameed asserts that oil operations began on his farm land in Missan province in 2001. The Missan Oil Company, a new state firm which took over the province's oil operations from the South Oil Company in 2008, wouldn't comment on the case because a verdict is expected soon from a special court in Basra.