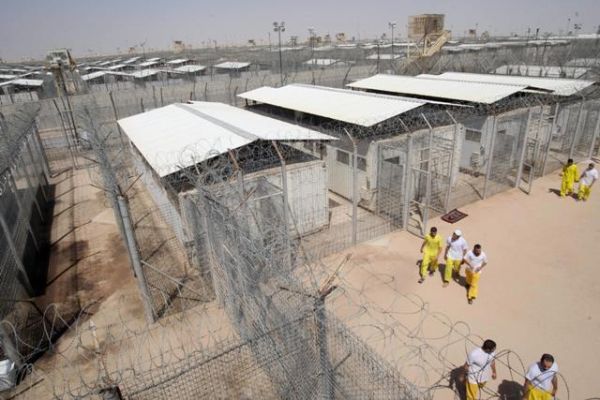 Some of the 180 high security prisoners walk in the exercise pitch at Camp Bucca on Sept. 16, 2009, shortly before the prison closed. (ESSAM -AL-SUDANI/AFP/Getty Images)
Ben Lando of Iraq Oil Report

BASRA - Iraqi, American and British officials, as well as international oil companies, are scouting the former American prison in southern Iraq, Camp Bucca, as the site for a facility that will support the explosion of oil investment activities planned for the coming 20 years.

The officials said the facility, half of which will be turned over to Iraqi control in July, could also support other economic development that will come with the influx of petro-dollars into the poor, but potentially booming, province of Basra. In particular, Bucca could provide some basic services to cities and villages in the vicinity, such as clean water.