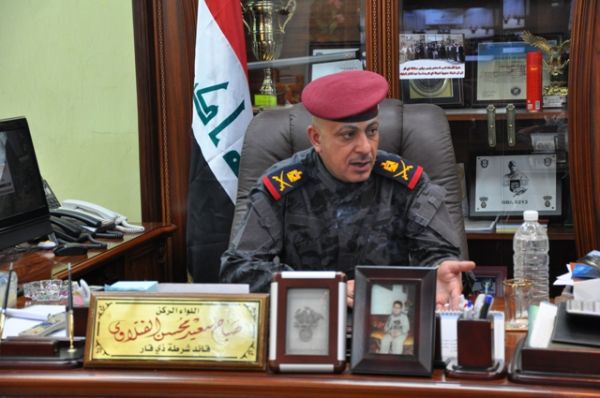 NASSIRIYA - Staff Maj. Gen. Sabah al-Fatlawi is receiving a delegation from Baghdad, an Iraqi non-governmental organization presenting him with a gift-wrapped award for his work in creating a more peaceful Dhi Qar province, which is great timing for when a journalist arrives to his office.

But Dhi Qar, the heart of the Shiite rebellion against Saddam Hussein in the 1990s, was also once one of many southern religious provinces that hammered coalition troops early last decade and, until recently, saw heavy militia presence. Its geography keeps it a transit point for Iranian influence.