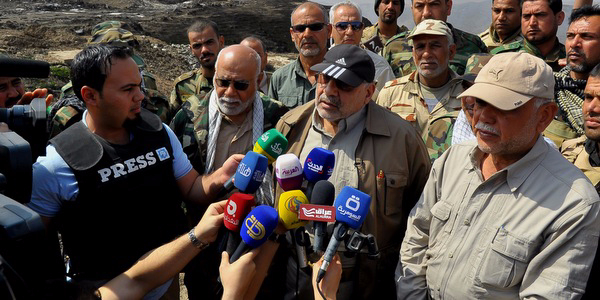 BASRA - When the super-giant Majnoon oil field was threatened by flooding, it wasn't just the state-run Basra Oil Company (BOC) that sprang into action - it was also Hadi al-Amiri, the head of a powerful political party and paramilitary group called the Badr Organization.

"Mr. Amiri is leading a great effort in Basra and at Majnoon field," said Ihsan Ismaael, the director general of BOC, in an interview with Iraq Oil Report. "There is joint cooperation with him, as our company supports the efforts made by Mr. Amiri in terms of rebuilding Basra, by providing trucks, equipment, and engineering staff."