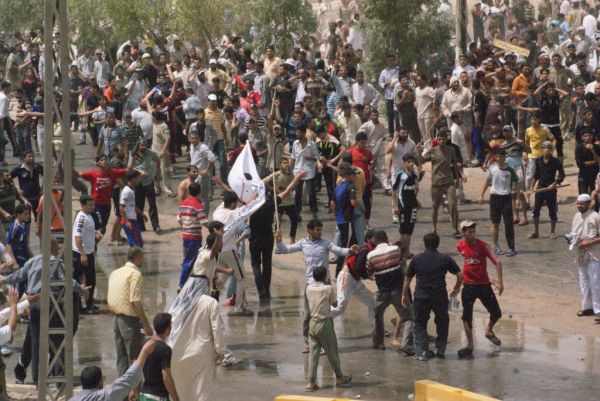 Iraqis in Nassiriya protest amidst a heatwave last summer, as demonstrations around the country led to the resignation of the electricity minister. (STAFF/Iraq Oil Report)
Ben Lando of Iraq Oil Report

Iraq’s government is guaranteeing citizens 12 hours of discount-priced electricity from local generators this summer, hoping to mitigate another imminent upswell of protests.

The dissatisfaction on the streets has fueled a surge of populist politicking. On Thursday in Baghdad, tens of thousands of supporters of cleric Moqtada Sadr held a parade of sorts, where organized squads marched over U.S., UK and Israeli flags painted on the ground.