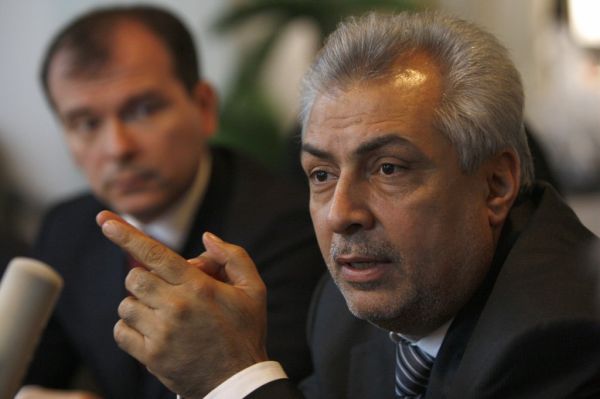 Then-deputy oil minister Abdul Karim Luaibi speaks to the press at the initialing of a contract with Russia’s Lukoil and Norway’s Statoil for the West Qurna-2 oil field, which was signed following Iraq’s first oil auction in 2009. Statoil has since pulled out. (AHMAD AL-RUBAYE/AFP/Getty Images)
Ben Lando of Iraq Oil Report

WASHINGTON, DC - Iraq has cut ties with Chevron, barring it from any future oil deals with the central government a week after the American oil giant announced it had signed contracts with Iraq's semi-autonomous Kurdistan region.

Baghdad claims sole authority in oil contracting, and has blacklisted the dozens of companies that have signed deals with the Kurdistan Regional Government (KRG) – but the threat of a blacklist did little to deter Chevron, which has never gotten comfortable with the terms the central government has offered for oil development.