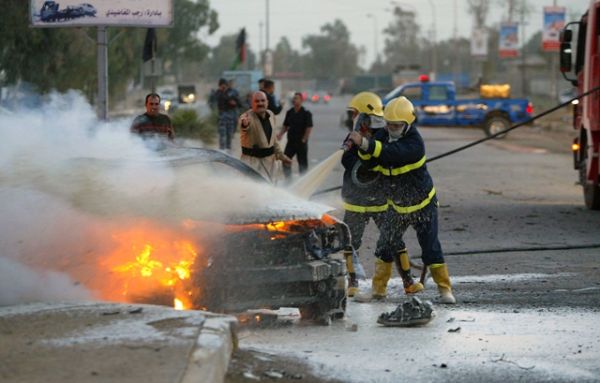 Iraqi firefighters douse a burning car in the northern city of Kirkuk on April 13, 2011 after a car bomb ripped through a popular market, killing at least one person and wounding 16, a senior police official told AFP. (MARWAN IBRAHIM/AFP/Getty Images)
Ben Lando of Iraq Oil Report

One of Iraq’s most fragile areas is north of the capital, along the swath of disputed land once decimated by Saddam Hussein and now in a geographic limbo.

The residents of the disputed territories haven’t been properly represented in local, provincial and national governments since 2005. And it’s this contested political front that many there say is to blame for the instability.