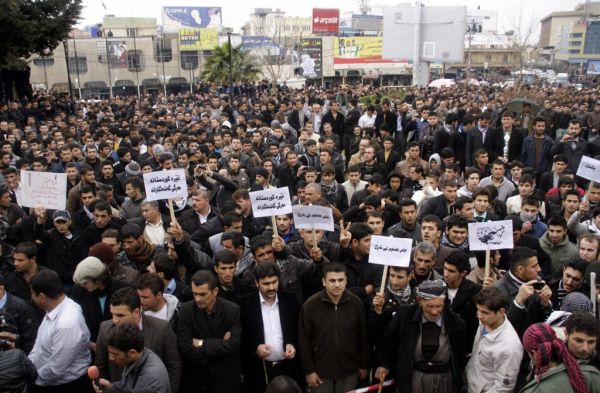 Anti-government protesters march in the city of Suleimaniya on February 17, 2011 before two demonstrators were shot dead by security forces trying to disperse them. (SHWAN MOHAMMED/AFP/Getty Images)
Ben Lando of Iraq Oil Report

BAGHDAD - For the first time in decades Iraq appears more stable than many of its oil-producing neighbors, as Libyan leader Muamar Qaddafi hangs onto power in a bloodbath of fellow countrymen.

Officials from oil companies operating in various parts of the country, security companies, intelligence experts, and the Iraqi government all say the same thing: they are watching the protests, but don't see it moving from the street to the oil infrastructure.