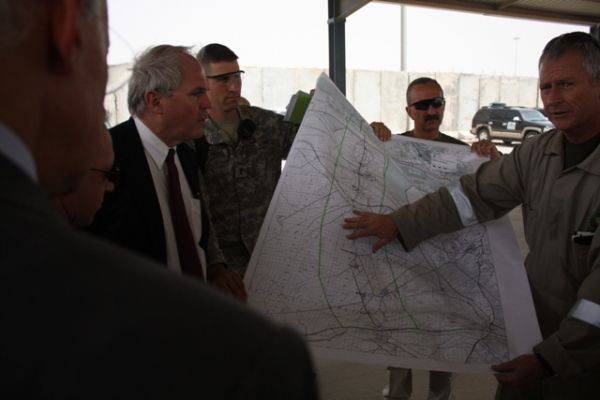 BASRA - BP, Eni and Royal Dutch Shell are gearing up to lead the influx of foreign oil company investment into Iraq's Basra province, which will shoulder the bulk of Iraq's push to increase oil production capacity from about 2.5 million barrels per day (bpd) to more than 12.5 million bpd within seven years.

None of the three are American firms – though Eni's junior partner is California's Occidental Petroleum – and BP is partnered with the Chinese National Petroleum Corp. Yet it was the U.S. ambassador who led the delegation touting such investment.