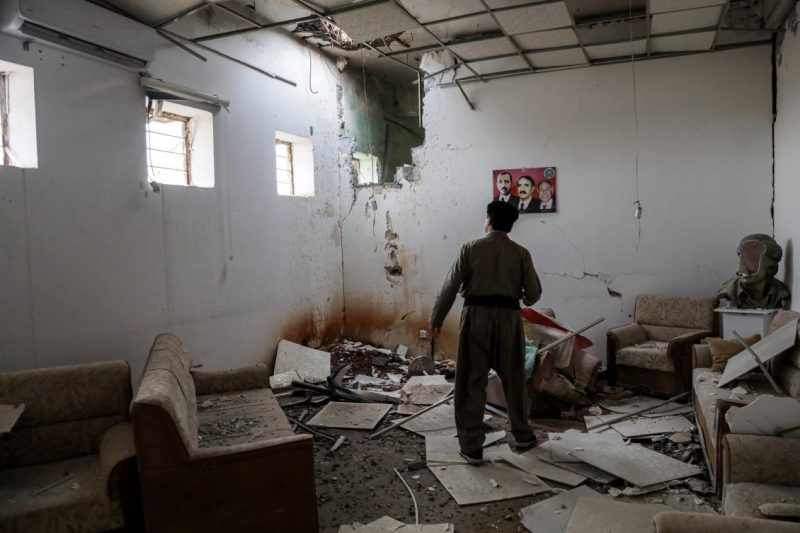 ERBIL/SULAIMANIYA/BAGHDAD - As Iran continues its cross-border campaign of drone and missile attacks against dissident groups in Iraqi Kurdistan, 30-year-old Mohammed relays the events on the ground in short messages, the curt sentences telling of their urgency.

“Last night they bombed our camp and our base, and also they hit our camp near Erbil.”

“We’ve gone far from home. They are firing missiles. My wife and I are sleeping outside in the mountains.”

Originally from Bukan in Iran's West Azerbaijan Province, Mohammed is a fighter in the Kurdistan Democratic Party-Iran (KDPI), one of about half a dozen Iranian Kurdish opposition groups based in neighboring Iraqi Kurdistan. The ongoing protest movement in Iran is both a crucial opportunity in their campaign against the regime in Tehran and a moment of acute danger.

Iran and its Islamic Revolutionary Guard Corps (IRGC) have lashed out with unprecedented military action deep in Iraqi territory against groups it accuses of abetting a would-be revolution. Iranian leaders have said the strikes will continue as long as the Iraqi federal government and the Kurdistan Regional Government (KRG) fail to crack down on the groups, which have enjoyed safe haven in Iraq for decades.

The deadliest set of assaults came on Sept. 28, which resulted in the deaths of 18 people and widespread destruction of Iranian Kurdish bases in locations stretching from Prde, south of Erbil, to Koya, east of the Kurdistan Region’s capital, to rural Sulimaniyah province.