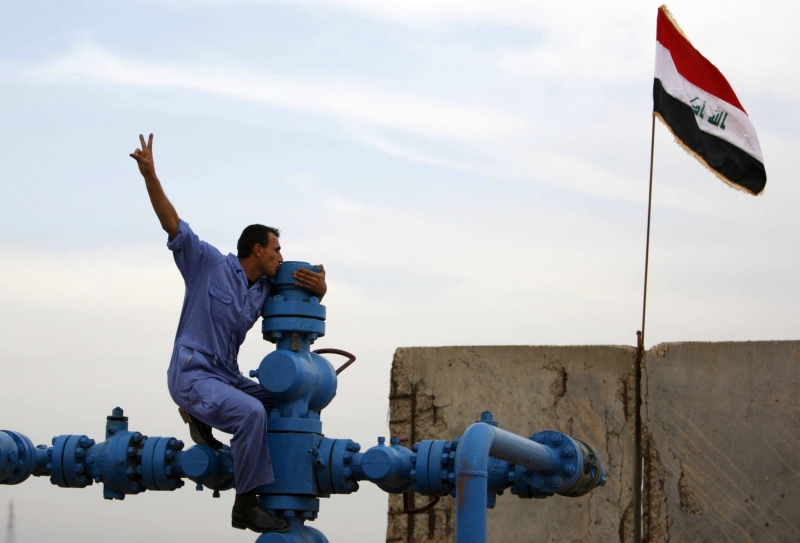 An Iraqi worker gestures as he kisses an oil pipeline at one of the Fakka wells in Missan province on December 25, 2009 during a short-lived dispute when Iranian security forces took over part of the field (ATEF HASSAN/Reuters)
Staff of Iraq Oil Report

BAGHDAD - Iraq signed a $13.3 million contract on Tuesday with the Canadian consulting firm SNC-Lavalin to help develop a pipeline network that will send exports through Syria, add export capacity to Turkey, and facilitate domestic refining and consumption.

Anticipating a massive increase in oil production, the Oil Ministry is looking to build out pipelines in several directions. Iraq has already announced plans to revamp its southern export infrastructure, and last September it renewed pipeline ties with Turkey and signed an agreement for the new route through Syria.