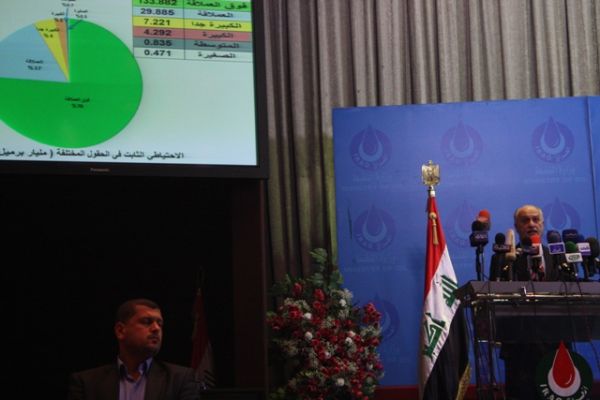 BAGHDAD - Iraq says that its oil reserves are 25 percent larger than previously estimated – an announcement that could simultaneously pacify nervous oil investors amidst a political crisis and give Baghdad leverage with OPEC colleagues in the next round of quota negotiations.

On Monday, Oil Minister Hussain al-Shahristani called a press conference at the ministry’s headquarters and said proven oil reserves are now 143 billion barrels, up from the long-held estimate of 115 billion barrels. On paper, Iraq has surpassed Iran to become the second-largest oil country in the world, behind Saudi Arabia.