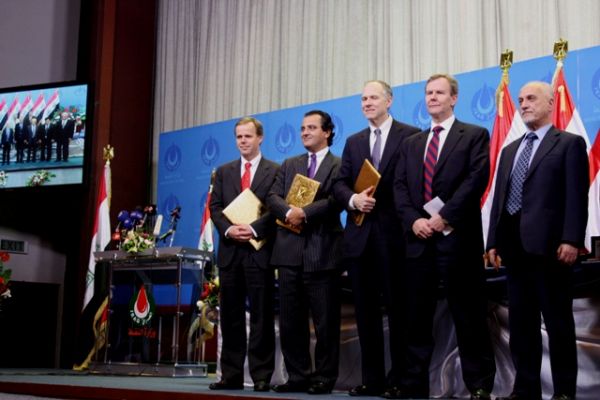 BAGHDAD - The Iraqi government is maintaining a hard stance against ExxonMobil even as the two sides have begun talks to resolve a dispute over the company's controversial contracts with the semi-autonomous Kurdistan region.

Prime Minister Nouri al-Maliki met with Exxon CEO Rex Tillerson at the tail end of his trip to Washington, DC, according to Deputy Prime Minster for Energy Hussain al-Shahristani. The negotiations have apparently only just begun.