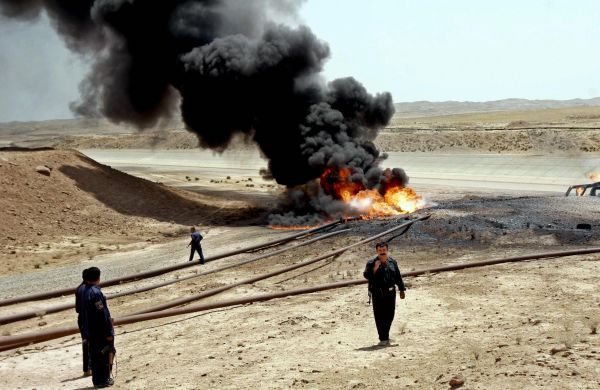 Security forces at the site of a burning oil pipeline near the northern city of Kirkuk on July 3, 2006. Security has improved since then. But a series of attacks this month have renewed concerns over the stability of northern oil exports. (MARWAN IBRAHIM/AFP/Getty Images)
By Kamaran al-Najar and Staff of Iraq Oil Report
Published Friday, May 17th, 2013

KIRKUK - Iraq's northern export pipeline was taken offline by a bombing early Friday, the latest in a series of strikes in the country's restive north.

"There were several bombs planted," said an official at the state-run North Oil Company (NOC). "Some of those exploded, and others are still there." 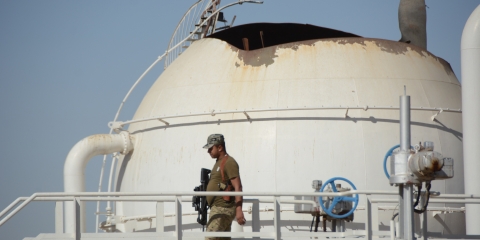