Following the drone strike on Mohandis and Soleimani, Iraq is seeking a U.S. military withdrawal without provoking backlash from Trump. 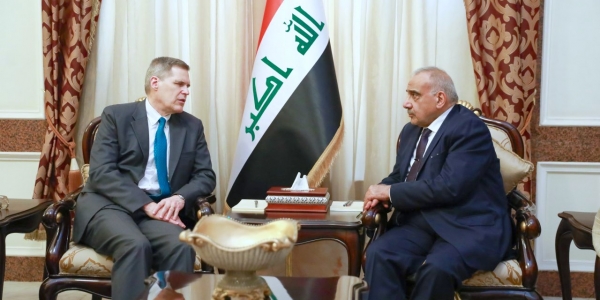 BAGHDAD/ERBIL - Relations between Iraq and the U.S. are descending into uncertainty and turmoil, as Prime Minister Adil Abd al-Mahdi formally notified the U.S. on Monday that he intends to implement a Parliament resolution calling for the removal of foreign forces from the country.

"The prime minister stressed the need for joint action to carry out the withdrawal of foreign forces, in accordance with the Iraqi Parliament's decision," according to a statement from the Prime Minister's Office on Monday, following Abd al-Mahdi's meeting with U.S. Ambassador Matthew Tueller. "Iraq is making all possible efforts to prevent a slide into open war."