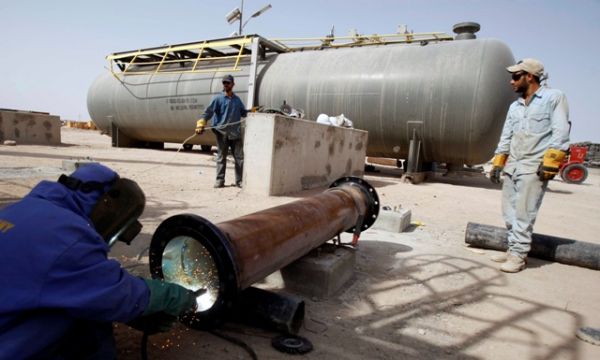 ISTANBUL - Key Iraqi oil officials are adamant the country will overcome a slew of challenges ranging from short-term infrastructure bottlenecks to longer-term uncertainties about international demand, as the country readies to set another post-Saddam Hussein oil production record.

Iraq's oil production capacity might surpass 3 million barrels per day (bpd) this month, according to Thamir Ghadhban, a two-time former oil minister since 2003 and the chairman of the advisory council to Prime Minister Nouri al-Maliki. The Rumaila, West Qurna 1 and Zubair oil fields – which in seven years will be the largest producers in the country combining for 6.875 million bpd, according to contracts with BP, Exxon Mobil and Eni of Italy – will receive at least $100 billion in investment, according to early estimates.