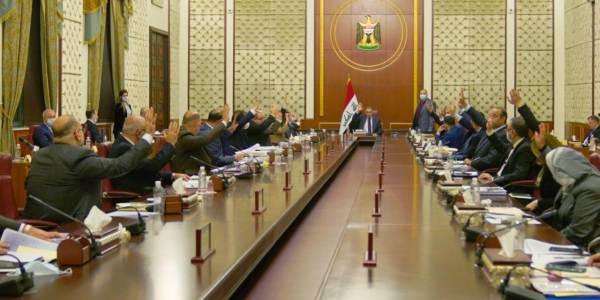 Iraq's Cabinet has approved a draft 2021 budget, sending Parliament a bill with several likely flash points of controversy — including the devaluation of the currency, a record-setting deficit of 63 trillion Iraqi dinars ($43.4 billion), and provisions for sharing revenue with the semi-autonomous Kurdistan Regional Government (KRG).

Prime Minister Mustafa al-Kadhimi faces a nearly impossible task of addressing major problems with the structure of Iraq's economy while also responding to a year-long financial crisis that has left the government without enough revenue to pay public-sector salaries let alone the operating costs of the state.