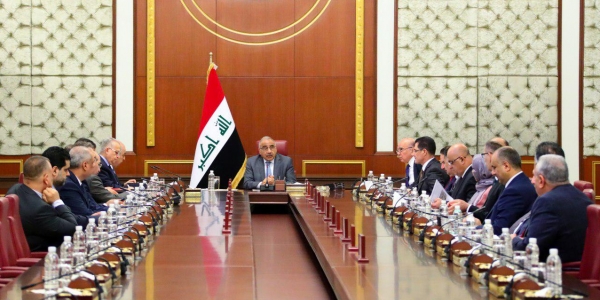 The prime minister spoke at the beginning of the session on the occasion of the anniversary of the victory against IS, which he described as an "historic day" in the lives of Iraqi people and to the world for the danger IS represents. He said that the most important factor of victory is the will of the people and the armed forces, military, police, Popular Mobilization, Peshmerga, and the tribes that formed a united front against the terror. And the remarkable stands of the Marjahiya. Noting that the operations have achieved victory in all provinces and managed to hold the initiative in the hand of Iraq forces, and through sacrifices managed to achieve security and stability and resume economic activities, in addition to the positive mass mobilization and the peaceful protests to express the legal demands of our people.