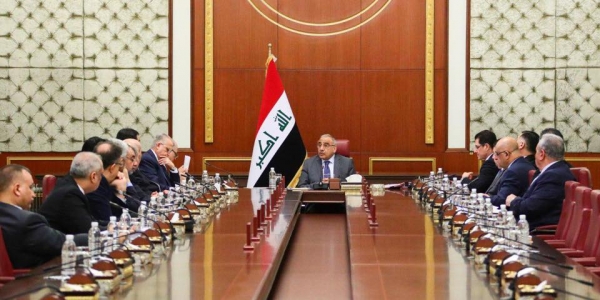 The prime minister spoke in his opening speech about the latest developments and the government's stand on the regional and international conflict and the policies that aim to spare Iraq the risks of wars. He described the American attack on the Iraqi armed forces as unacceptable and would create dangerous consequences. He shared condolences to the Iraqi people for the martyrdom of several fighters and the injury of others as a result to the two American planes airstrike on the 45th and 46th brigades of al-Hashid al-Shabi whom were stationed at the Syrian borders to stand up against any attempts of IS infiltration or assaults.