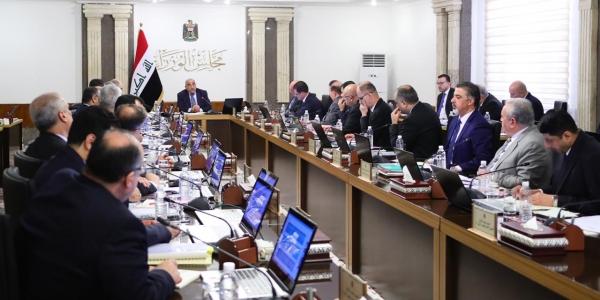 The council has addressed several developments, such as the resignation of Health Minister Dr. Allaa Abdul-Sahib al-Alwan, and reviewed the resignation letter's content and the reasons of resignation. The council has expressed solidarity with the health minister as he expressed his support to the prime minister in his reply letter that rejected the resignation and considered the minister on leave instead. Confirming the necessity to provide the suitable atmosphere for his return as the council has stated it is keen to cooperate with the legislative authority and strengthening the joint efforts to achieve the state and people interests according to the law and norms.