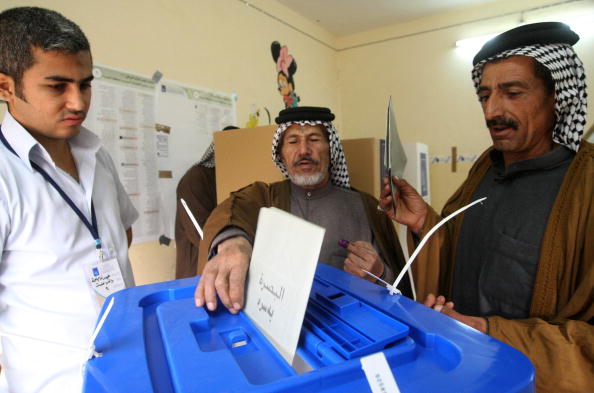 An Iraqi man casts his ballot at a polling station in the southern Iraqi city of Basra on March 7, 2010. (ESSAM AL-SUDANI/AFP/Getty Images)
Staff of Iraq Oil Report

BAGHDAD - Iraq's most powerful political parties have agreed to delay provincial elections and hold them along with national parliamentary elections next spring.

The government has not officially announced the postponement of the provincial vote, which it had planned to hold on Sept. 16. But more than a dozen politicians - including members of Parliament and various provincial councils - confirmed that the provincial and national elections will be merged.