Khurmala Dome accounts for one-third of Iraqi Kurdistan's oil output; the federal North Oil Company, which controlled the field until 2008, is taking legal action to reclaim it. 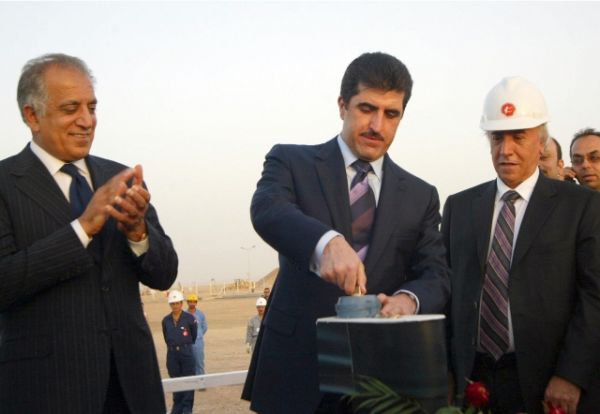 Then-KRG Prime Minister Nechirvan Barzani turns the switch as former US ambassador Zalmay Khalilzad (L) and Ashti Hawrami (R) KRG minister of natural resources, look on during the opening ceremony of the Khurmala oilfield, 10 kms south of the city of Erbil, 310 km north of Baghdad, on July 18, 2009. (SAFIN HAMED/AFP/Getty Images)
By Staff of Iraq Oil Report
Published Wednesday, May 29th, 2019

The NOC's legal representative filed a lawsuit in the Kirkuk Investigative Court on April 25, 2019, according to an official letter from NOC Director General Farid Jadir to the Oil Ministry's legal directorate in Baghdad.