New federal forces have deployed in a campaign to wrest control of border crossings from parties, paramilitary groups, and mafias. 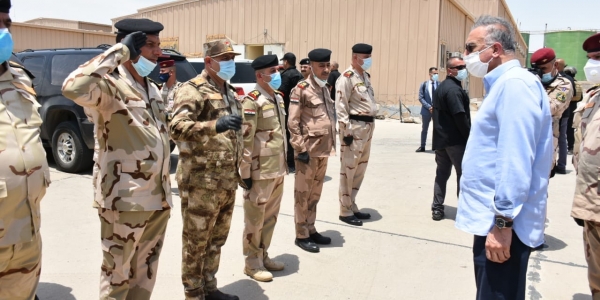 BASRA/KHANAQIN - Iraqi Prime Minister Mustafa al-Kadhimi has redeployed security forces and replaced senior officials at key border points as part of a high-profile effort to reign in paramilitary groups -- including at Basra's Um Qasr Port, a key logistics chokepoint for the oil industry.

Framing the initiative as "an anti-corruption campaign," Kadhimi has visited both Um Qasr and a land crossing with Iran in Diyala province, and also ordered the elite Counter-Terrorism Service to deploy to the al-Qaim border crossing with Syria in Anbar.