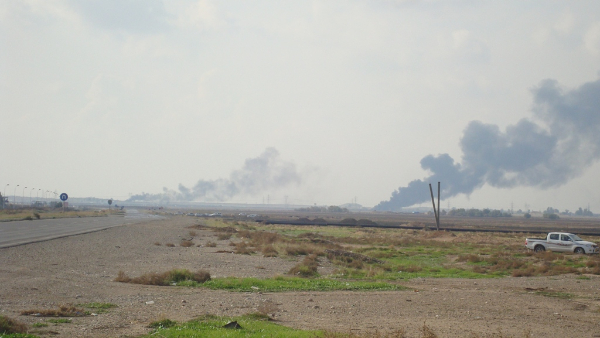 KIRKUK - A pipeline to the Baiji refinery was ablaze amidst a barrage of artillery fired by militants of the so-called Islamic State (IS) as they battled coalition forces in contested areas southwest of Kirkuk.

IS militants launched their attacks late Tuesday and into Wednesday, battling Kurdish Peshmerga forces and facing air strikes by coalition planes. In the morning raid, IS militants took control of the Tel al-Warid and Maktab Khaled villages, 20 kilometers southwest of Kirkuk city, according to two senior Kirkuk security officials.