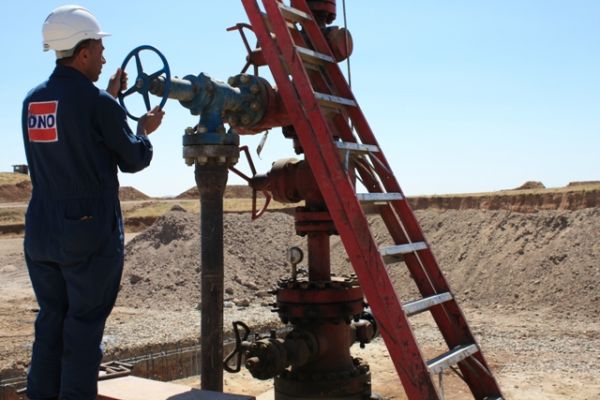 A worker for Norway's DNO turns on the taps at the Tawke oil field in June 2008. (BEN LANDO/Iraq Oil Report)
Ben Lando of Iraq Oil Report

BAGHDAD - Two of Iraq's deputy oil ministers and the director general of the State Company for Oil Projects led the delegation meeting in Iraqi Kurdistan this week, which did not result in a compromise to restart oil exports or fully legitimize controversial Kurdish oil deals but left the regional oil minister, Ashti Hawrami, "positive."

Hawrami, the natural resources minister of the Kurdistan Regional Government, said the Baghdad delegation left with a proposal that will be given to the Iraqi Ministry of Finance and then the Cabinet. If approved, oil companies who signed deals with the KRG could begin to receive payments for their work.