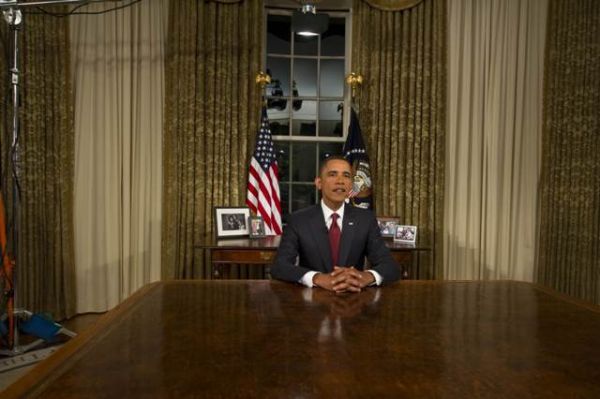 US President Barack Obama reads his speech to photographers after delivering an address to the nation on the end of combat operations in Iraq from the Oval Office of the White House in Washington on August 31, 2010. (NICHOLAS KAMM/AFP/Getty Images)
Ben Lando of Iraq Oil Report

In a statement with the Kurdistan Regional Government (KRG), the German utilities company RWE announced it would help develop northern Iraqi natural gas for export via the Nabucco pipeline to Europe. Taken by surprise, Iraq’s Oil Ministry quickly released its own statement condemning the deal.