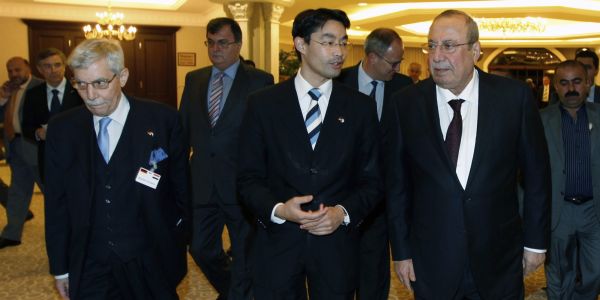 BAGHDAD - A top member of the government has added a pro-Kurdish voice to the polarized public debate over regional oil rights, criticizing other top members of the Maliki administration for their hard-line stance against Kurdistan's controversial deals with ExxonMobil.

Iraqi Deputy Prime Minister Rosh Shaways, the most senior Kurdish official in Prime Minister Nouri al-Maliki's cabinet, called for an open-ended process to resolve the controversy over the Kurdistan Regional Government's (KRG) oil contracts – and specifically its October deal with ExxonMobil – which were signed despite Baghdad's objections.