Oil companies say they've been waiting more than a month for visas, threatening critical projects, and the visa purgatory appears to be the prime minister's office. 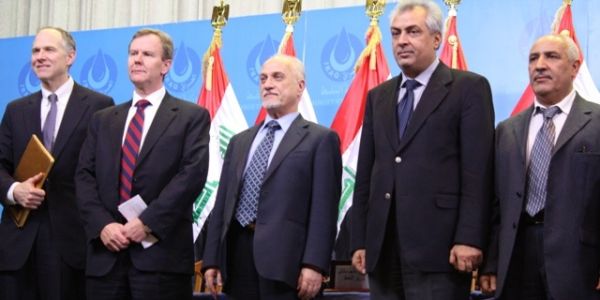 BAGHDAD - Since early February international companies, including those charged with performing urgent work in Iraq’s oil sector, have been largely unable to secure visas for essential personnel. The prime minister’s office is responsible for the blackout, according to two high-level officials in the Interior Ministry.

As a result of the visa stoppage, international companies of all stripes — oil companies, embassy contractors, security firms, and prospective investors — are facing an imminent crisis. Key people cannot do their jobs because they cannot enter the country. And officials for oil companies contracted by the Iraqi Oil Ministry have said it's only a matter of time – fast approaching – before their work in the field will slow down.