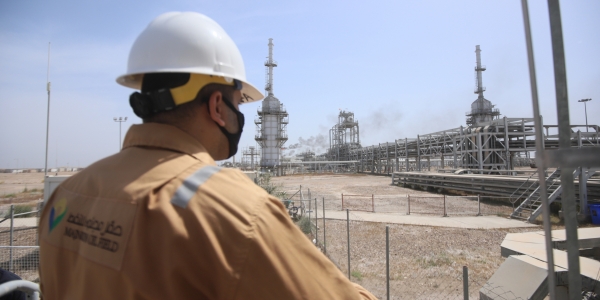 Iraq's nationwide oil production averaged about 4.04 million barrels per day (bpd) in March, a drop of 100,000 bpd compared to February.