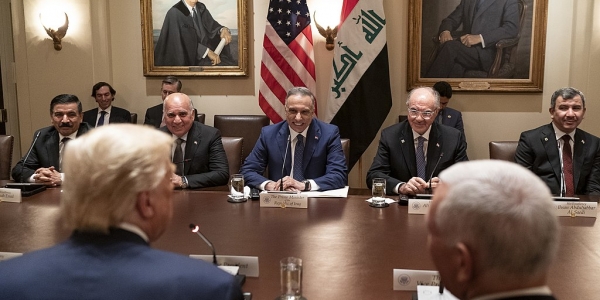 UPDATE: This story has been updated to include comments from the U.S. State Department, which were provided shortly after initial publication.

The U.S. government has shortened the duration of a new sanctions waiver allowing Iraq to continue energy imports from Iran — a sign of enduring tensions between Baghdad and Washington.

The new 60-day waiver was approved by Secretary of State Mike Pompeo on Tuesday, a day before the previous 120-day waiver was set to expire, according to a senior Iraqi official and a U.S. State Department official.