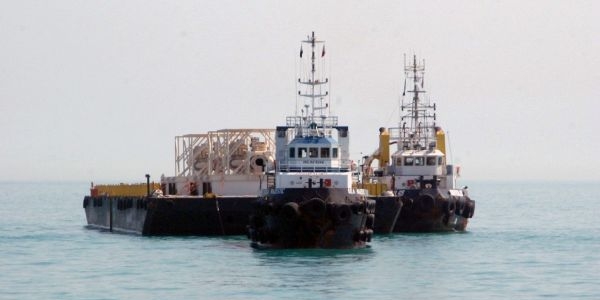 The tanker ship Maersk Hirado had been in the Gulf more than a week on Thursday at 3 p.m. when it began loading oil from Iraq's first new export facility to open in decades.

A half hour later pumping stopped, recalling the fears of the past months when the SPM launch was delayed due to technical issues and ongoing testing.