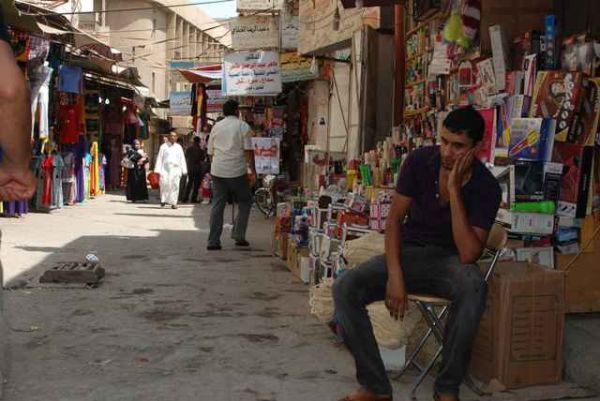 A shopkeeper in the Ashar market in central Basra. Violence and the security response has kept Basrawis indoors of late. (STAFF/Iraq Oil Report)
Staff of Iraq Oil Report

BASRA, IRAQ - In Basra, the heart of Iraq's coming oil boom, shops are closing earlier than usual despite a throng of consumers making last-minute runs for Ramadan breakfasts and gifts. People here say that a slew of August terrorist attacks exposed lax security measures and left Basrawis – and foreign investors – doubting their safety.

Those stores that remain open are cordoned off by Iraqi army and police, who are focusing their presence in civilian areas prone to further attacks. Basra officials say that such measures are designed not only to protect citizens, but also to guard the province’s reputation as a safe and lucrative place for foreign investment.