The first oil of a massive export expansion project is heading to the first tanker, a seven-10 day process that will end with an embattled government in a stronger position. 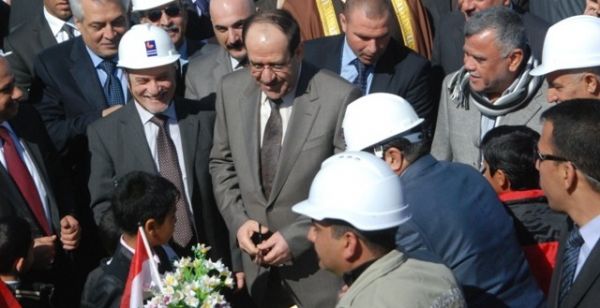 FAO - On this sand-whipped southern peninsula, Prime Minister Nouri al-Maliki was flanked by politicians and children holding plastic flowers and Iraqi flags as he turned the black wheel of an oil pipeline valve in a ceremonial start-up of the government's first major oil modernization project.

The long-awaited opening of Iraq's new crude oil export system showcased Iraq's work to remove bottlenecks that threaten to slow the country's oil development and the progress of foreign companies. It was also a show of strength for Maliki, amidst one of the country's worst political crises since 2003.